[Documentary] State of FinTech in Singapore 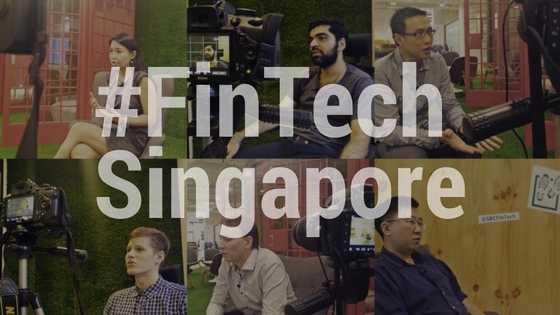 When we began this adventure one year ago we had clear than in Singapore we wanted to talk to entrepreneurs in the FinTech sector. The (geek) economist we have inside could not leave the country without learn more about FinTech in Singapore and the reasons that make this city-state the perfect hub for developing new ideas for the financial sector.

We spoke about the state of FinTech in Singapore with people who is living this ecosystem in first hand. We talked to them about the Singapore global/regional position as a FinTech hub and how they see the future and relationship between incumbents and insurgents.

For this documentary we had the participation of:

The FinTech Industry in Singapore

If we talk about startup ecosystem in Asia, Singapore is the reference for all countries in the area. A city-state that has invested in the development of a business environment, human capital, regulation and infrastructure, making Singapore one of the most competitive centers in the region.

According to a PWC study, 73% of traditional financial institutions in Singapore believe they are at risk of losing business due to the FinTech

Behind New York, London and China, Singapore is gradually positioning itself as one of the FinTech international hubs.

After talking to the experts and see with my own eyes the startup atmosphere in Singapore, I highlight three key factors in the success of Singapore as one of the top cities when talking about FinTech:

All conversations about FinTech in Singapore mentioned the “MAS”. They are merely stands for “Monetary Authority of Singapore”, Singapore’s central bank. This official organization works to have a competitive, dynamic and innovative Singapore’s financial industry.

As part of its goal of turning Singapore into a Smart Financial Centre, the MAS conducts a lot of FinTech programs. Advantages for setting a FinTech startup in Singapore and events like the FinTech Festival are some examples of the MAS activities.

Being the Asia Financial Center<

Keir Veskiväli of Smartly said: Singapore is the Switzerland of Asia. And, together with Hong Kong, Singapore is one of the most important financial centers in the region.

In its skyscrapers and futuristic buildings you can found the Asian headquarters of major financial institutions such as AmEx, Citibank or HSBC. To give you an idea in Singapore we can find about 200 banks with $2 trillion in total assets.

Low Banking Coverage in the Region

One of the things we have been seeing throughout our trip is the little banking coverage that exists in the region. And not only in Southeast Asia, if not Asia in general, including China and India.

What we see is the existence of a young population connected to the Internet, which generally has more and more money and that it is no longer worth to “keep money under the mattress”. Therefore, there is a chance to solve the most basic banking needs of society: payments and credits.

Regulation for the advancement of FinTech in Singapore

On the one hand, the challenge of working with regulators and the mindset change regarding how we (will) understand the financial needs (lower intermediation, more transparency, greater accessibility…)

And secondly, if Singaporean FinTech startups want to operate in regional and / or international markets, they will have also the challenge of adapting to the different regulations.

Incumbents vs. Insurgents, a “friendnemy” relationship

It is clear that FinTech startup are accelerating and driving changes in the sector. However banks and financial institutions are no longer watching this game and they are moving increasingly ahead.

Steve Tong told us that the relationship between incumbents and insurgents is still love-hate, or in his words “friendnemy”.

From my point of view (a merely a spectator) I think the big challenge is the collaboration between the two sides. In any case the solution is going to war against startups. Neither it is buying and including theminside monstrous infrastructures to let them slowy die. But as I said, I’m just a mere spectator.

It is noteworthy that some of the big banks are creating innovation centers in Singapore and they are actively participating in FinTech acceleration programs in Singapore. Some examples:

Asia is still a step behind US or Europe technologically speaking. Perhaps China is the most advanced power in the region if we talk about FinTech, but we must also take into account that China is mainly focussing in its local market.

In general, Asia remains more conservative in terms of opening information, sharing data and creating APIs for accessing the information. As we commented with Steve Tong, Managing Director of Startupbootcamp FinTech Singapore, Asian entrepreneurs need to mature and gain experience in running and developing their ideas.