Understanding the Startup Ecosystem in Thailand 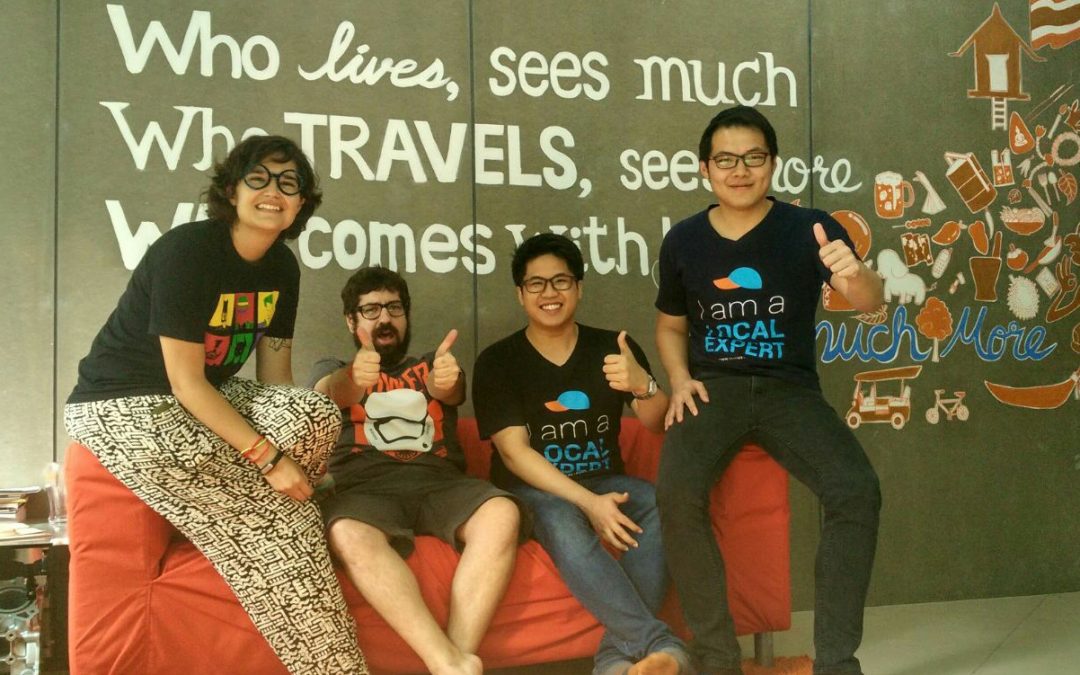 If I had to define in a few words the startup ecosystem in Thailand, I would say that it is growing, winning support both national and internationally and getting the attention of investors.

Thailand is a country with a strong SMEs tradition, where the middle class is rising and where you can find skilled human capital, most of them studied abroad and came back to their country. Maybe, 2016 is being the year of the Startup in Thailand: investment, events, acceleration programs… The ecosystem is growing and we could perceive excitement in the eyes of whom we interviewed. And that is contagious.

We spent two months in Thailand. We wanted to take a rest, to stop for some days of being on the move every three days and, of course, enjoy “having a home” and a sofa to watch some movies. Also we had time to interview some entrepreneurs in both Bangkok and Chiang Mai. Hubba, GetLinks, TakeMeTour, Punspace and Iglu helped us to understand the startup ecosystem in Thailand, the current situation and the challenges they will face in the coming years. We also interviewed Marcos Ferrer, a Spanish entrepreneur running a startup in Thailand, you can see what he told us in this video.

The State of Startup Ecosystem in Thailand

The Digital Consumer in Thailand

The Thai digital consumer shares characteristics with others in the region, such as the average digital consumer in Vietnam and Cambodia: leap frog in the adoption of technology (mobile before PCs), young population (about 1/3 it is under 25) and a middle class that loves go shopping.

Some facts to understand the digital consumer in Thailand: 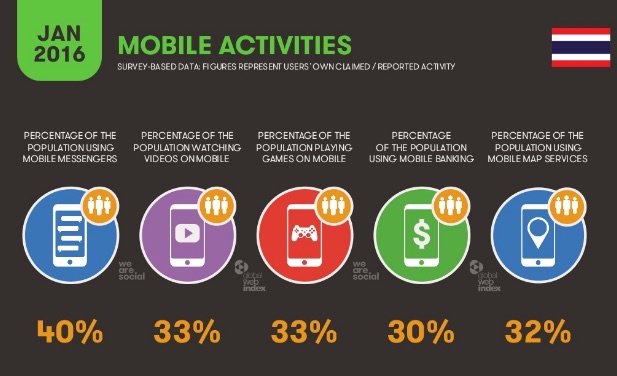 The State of eCommerce in Thailand

Instagram + Line is a winning combination. When we started to use hashtags like #Thailand or #IgersBangkok in our instagram photos, “stores in Instagram” began to follow us. They explained in their bio how to contact them via Line if we were interested in any of their products. Later, we could confirm that it was a common practice in Thailand. Maybe Thai people still can not buy on ecommerce platforms, but they do not hesitate to contact via Line to buy clothes, accessories or anything they want.

Although Thailand is the fastest growing market in terms of eCommerce in the region, according to the president of the Thai Association of Electronic Commerce, there are some challenges ahead. Now there are about 500,000 eCommerce users and, according to the ETDA (The Electronic Transactions Development Agency), the three categories that generated higher ecommerce revenues in 2015 were: Hotels, Restaurants and Cafes, followed by manufacturing and finally, retail and wholesale.

One of the great challenges that Thailand is facing today in order to maintain this positive trend of e-commerce are mobile payments. As we could read in Payments Journal more than 60% of Thai online shoppers do not feel safe entering their cards online. Ozzie from Iglu talks about this challenge in the video. While I feel more confortable paying through an online or mobile payment platform, in Thailand people still prefer the bank transfer or “pay on arrival”.

During 2016 a major change is happening in terms of Government support and private investments. Amarit from Hubba, one of the main connectors and promoters of the startup ecosystem in Thailand, told us that both the Government and major banks have invested nearly half a million dollars in technology, new regulations have been created and even entrepreneurship courses have been added in Colleges and High Schools.

But there are things to improve. Ozzi from Iglu told us that Thailand is not exactly a “tax haven”. Some examples: The corporate tax is 20% and the income tax is 30%, which is not so far from the taxes we have in some European countries. To Ozzi the great advantage of Thailand is in the cost of living, but the Government should make some efforts to make the country more attractive for opening new businesses, especially for non-Thais.

Lastly, regarding the investment in the country, you can see down these lines a small summary (for further and detailed information go to this Bangkok Entrepreneurs report):

After spending a month in Myanmar between blackouts and 2 months in China suffering the blockage, Internet infrastructure is an important factor for us. If you are going to work from any emerging country, you should, at least, know what you are going to get.

In Thailand we found that Internet was fast, but just because we were coming from Laos. The truth is that is not. The average download speed in Thailand is 19.8mbps, behind the global average of 23.3mbps.

Comments about “the birth of local heroes in Thailand” caught up our attention. In Thailand we found an active community. The Thai entrepreneurs admire people like Jack Ma, no longer a hero just for China. But they also seek the birth of local figures to lead and motivate future generations. Perhaps in the next 5 years we will see a Thai Unicorn or maybe the next Jack Ma will come from Thailand. Who knows, maybe we have interviewed him or her and in a few years we will say 2geeks1city discovered him/her.

While the future remains uncertain, one thing is clear: local heroes are needed. Not all the stories and examples of success can come from Silicon Valley. After the excitement of the early years, when the ecosystem is still young and motivation is maintained by the simple fact of being part of something new, local heroes are needed.

Conclusions of 2 geeks in Thailand

Together with Vietnam, Thailand is one of the growing countries in the region in terms of startups and entrepreneurial mindset. The landscape in Thailand is apparently organized, the community is connected and the market is attractive (size, demographics, potential growth, infrastructure, government support…). The fact that US companies such as Facebook open offices in Bangkok or 500 Startups give support to Thai startups like TakeMeTour or GetLinks show the interest that this market is generating internationally.

If we had to choose two industries where Thailand has huge potential we would say: eCommerce and Tourism. It is true that eCommerce has challenges ahead (mobile payments, credit card penetration, user trust…) but there are also good points in its favor: logistic networks, good communications and an active digital consumer. Regarding Tourism, as Taro from TakeMeTour said, it is important to promote activities that are part of the country’s GDP. Within Southeast Asia, Thailand is the second destination that receives more international tourists (2014 data), so there would be an opportunity in that.