Everything you need to know about the Startup Ecosystem in Australia 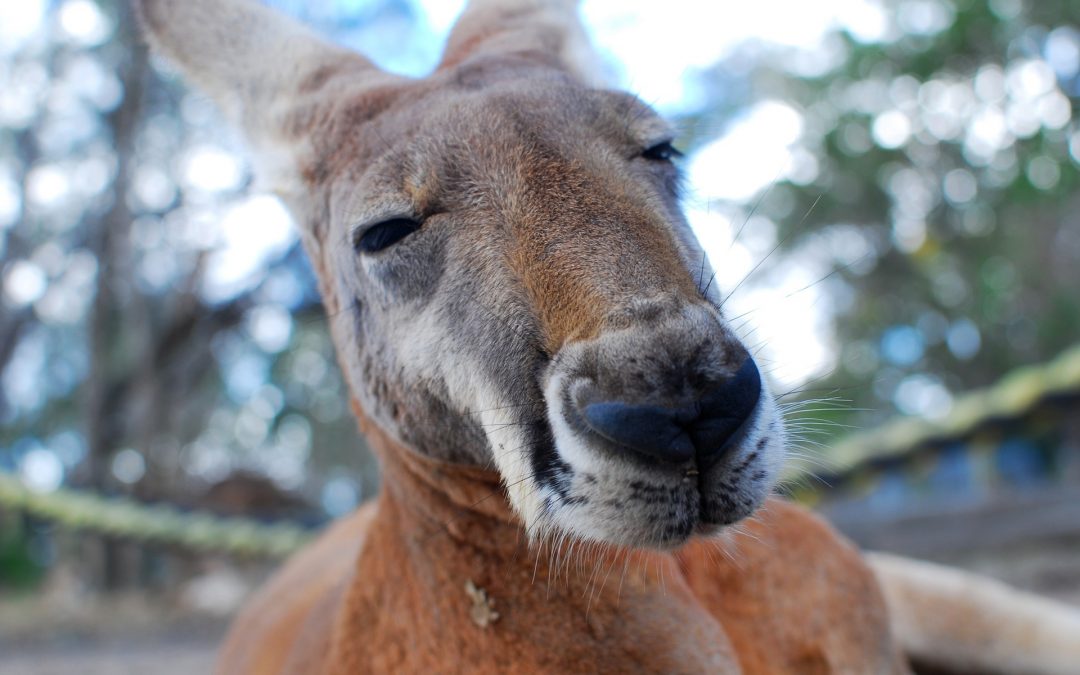 Disclaimer: As a partner at a Startup Studio in Sydney, I have a personal or professional relationship with some of the companies mentioned in this article. Australia is a great country: It has almost twice the landmass of the European Union, a fraction of its population and a lot of natural resources. Apparently unrelated, these facts condition the startup ecosystem in Australia.

Before we go into detail regarding the Australian startups, it’s important to understand how Australia works. 1- Cities and demography: Australia has a very small population compared with its size, and this population is concentrated in very few cities separated by really long distances. Melbourne and Sydney are quite close to each other by Australian standards, and yet they’re still close to 900 km apart. Perth is one of the most isolated cities in the world, more than 2,000 km away from the nearest large city. This has generated a steady migratory flow from other parts of the globe, especially Asia, which is quickly changing the demographics of Australian cities (rural areas are still predominantly white). 2- Infrastructure limitations: Why does all of that matter? Well, the long distances and the low population makes any endeavour to build public infrastructure difficult. In few words, that means that if you’re an expat in Australia, internet speeds and public transport will be the bane of your existence. These facts alone don’t paint the whole picture; Australia is definitely behind of the curve regarding internet speed and prices, it leads the world in contactless payments and has a fairly high degree of institutional digitalisation. 3- Proximity to China and South East Asia: The geographical and cultural proximity to Asia means that there’s a lot of economic exchange between both countries. Even if they still look at the UK and the States as a reference, China has quickly become Australia’s most important trade partner, a natural destination for Aussie exports and is increasingly informing and impacting the decisions made by tech startups in Australia.

The startup ecosystem in Australia

Where are the startups?

Most of the Australian startups are in the two biggest cities of the country: Sydney in New South Wales, regarded as the financial capital, and Melbourne in Victoria, as the cultural one. As an oversimplification, many people understand that Sydney has the startup money while Melbourne has the startup talent. There’s a serious beef between the two, so don’t tell anybody I said that. The political capital is Canberra, Australia’s favourite punch bag. Based in my experience no Australians have ever visited it, but they will all advise you against visiting it. Fun fact: it has some of the best universities in the country. There are a few startups scattered throughout the rest of the Australian city geography (Brisbane, Adelaide, Perth, Darwin, and Hobart), often focused on local sectors.

What are the most famous Australian startups?

Let’s cut to the chase: what are the biggest startups in Australia?

New Zealand also has an interesting startup ecosystem, sharing talent, know-how and capital with Australia. You can check a more detailed list of Aussie startups at Angel.co, but there is always someone creating a new list or another. 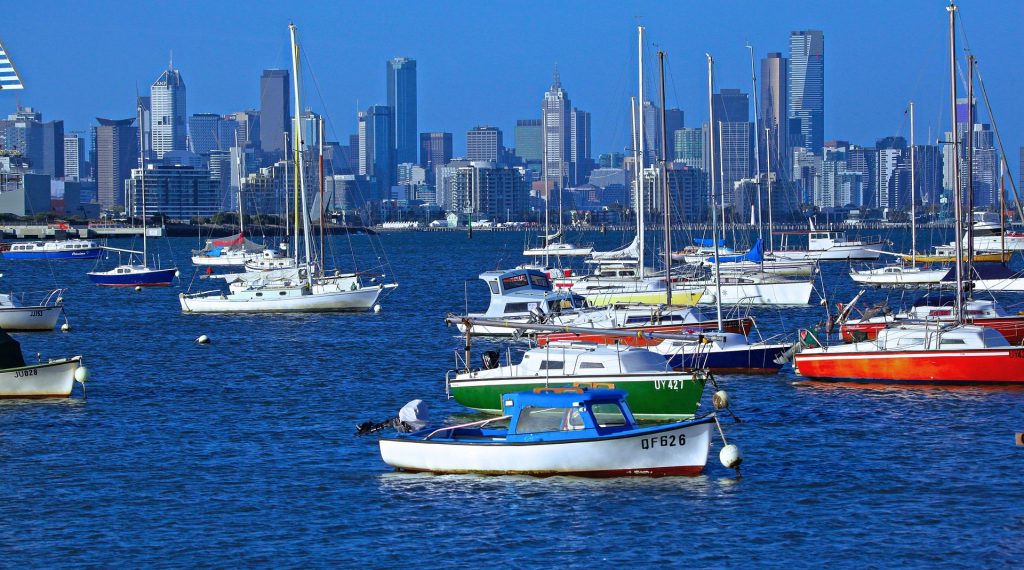 What do Australian startups have in common?

Given the geographical isolation of Australia, many startups in this ecosystem have a first player opportunity even when imitating models that have been successful in Asia, Europe or the US. The situation is similar with eCommerces: the high shipping costs for moving anything to Australia (or the lack of interest for brands to invest in a market of only 24 million people) give startups down under a certain protection in their own market. As an example, the fact that Amazon has completely ignored the Australian market has made it easier for local competitors like Kogan to occupy that space. That’s not to say that Kogan is not competitive and innovative in its own ways, but it may have a bumpy road ahead once Amazon jumps into the Australian market in 2018. There’s another side to this: Given that they’re moderately protected from international competition (especially regarding local services and eCommerce), and given the high prices of operating outside Australia, many Aussie startups don’t have the need to compete at an international level, making them less competitive. That facilitates that some of the biggest Australian startups are SAAS or digital marketplaces.

Fintech is killing it

There are specific sectors where Australian companies shine, and Fintech is one of them. Australia has one of the most solid financial sectors of the world, with banks like Commonwealth or AMP being some of the innovation leaders at an international scale. Startups are coming with solutions for wealth management, investing, personal finance management… Some interesting examples: Prospa, MoneyBrilliant, Tyro or Coinjar. Fintech companies have so much power within the Australian startup that Tyco has its own fintech-exclusive business hub at the heart of Sydney. And remember, an Australian academic invented Bitcoin, so they’re quite strong regarding cryptocurrencies and blockchain.

Australia is huge, has a massive coastline, major rivers near almost every city and some of the highest sun isolations of the world. That made the lucky country one of the first spearheads on the renewable energy race, but the opposition to clean energy from the central government has prevented the sector from taking off. These companies are trying to find more efficient ways to generate energy, create more efficient batteries and new ways of storing the energy it or adding value to the end user in other ways.

The money in real estate is bringing innovation

The average price of a house in Sydney is now way over $1M. Driven by such an extremely hot property market, Australian entrepreneurs are trying to either disrupt it or find ways to add value along the chain. Even after the liquidation of revalu8, there are several challengers trying to connect sellers with agents, create property marketplaces or even offering services to property agencies (domain and real estate are some of the best examples for this in the world). Other entrepreneurs are coming with creative ideas for housing prices going through the roof, like TAXIBOX, aiming to disrupt self-storage with their pods. There are a few of strong industries: education is the 4th biggest export in Australia, so many startups are trying to get strong in that market. Australia’s reputation in South East Asia and China is giving some early Australian entrepreneurs value for their money for catering Australian food or cosmetics products to those markets. The importance of the mining sector, the need for cheaper infrastructure and to improve the connection between cities, its weather and chilled culture offer a unique environment for entrepreneurs to succeed if they can identify the opportunity and offer an adequate solution.

The Australian government has put the startups under the spotlight for a couple of years now, but there’s a debate in the startup community on whether this discourse is being translated into actual help or not. Nonetheless, there’s a high offering of private and public incubators, grants and a vibrant scene that looks to Silicon Valley and Tel Aviv. Still, as the world economic centre of gravity moves from the west to Asia, Australian entrepreneurs are starting to see the potential of their local neighbourhood.

If you have read up until here, at the very least you should get a nice surprise. Here’s google doc of all -or most of- the angel investors, startup accelerators, VCs and other useful resources from Australia. It’s a bit of an experiment, but as of April 2017 is working alright. Are you ready?

If you want to learn some more about the Australian startup ecosystem, feel free to visit the following links or give me shout. Sydney Startups facebook group Startup Gateway Techboard Equitse Visible Neu Capital Images | Pixabay