The middle class disruption in China 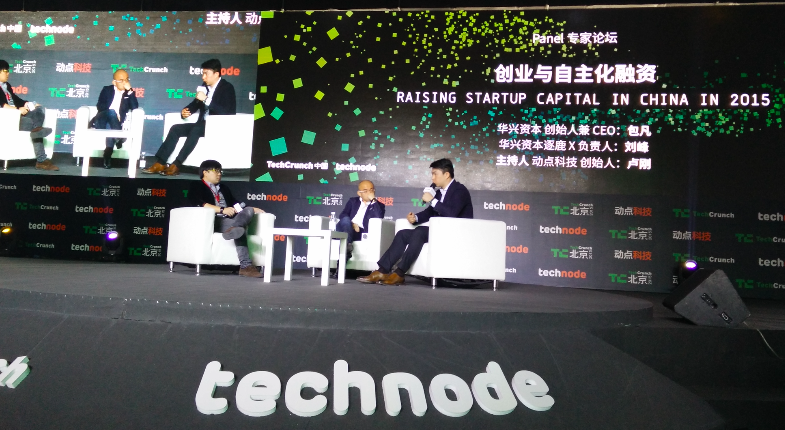 “20 years ago was my first time in China, over the years I have witnessed the rapid economic development of China. It has been very shocking” Eric Schmidt

With these words Eric Schmidt began his talk at the TechCrunch Beijing 2015. I have to say that I was not aware of the size of this market and the importance of innovation and entrepreneurship around it.

Allen Wu, during his talk about ARM, shared some data on the disruption of the middle class in China. These data are incredibly shocking: 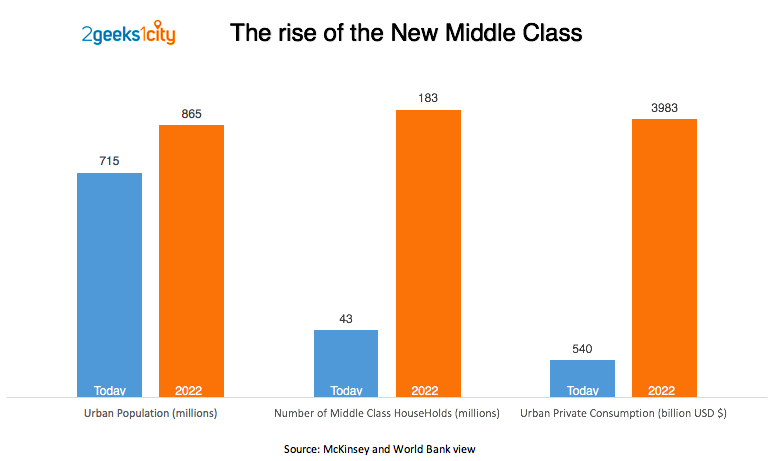 They talked about what they called the 2nd Generation of Middle Class in China. Thanks to the wealth and status achieved by their families in the past these new generation can focuss on promoting science and technology. They consider themselves as main actors of China’s development. How are they going to make it? Investing in startups, creating incubators and co-working spaces, promoting innovation and looking for, what I think, it is a big swift of mindset: to stop being the “world’s factory” to become “the next emerging superpower”.

In fact, several speakers talked about how China has pretty clear its International role, with the Government approval.

Honestly, I wonder if the world know so clearly this role.

The new normal for Technology Industry

Today the technology industry in China is defined by an (almost) 100% mobile ecosystem and a industry that seeks to accelerate its growth through open innovation.

“China has the largest mobile user base: one billion consumers” Eric Schmidt

We mentioned before how Chinese people use their phones nearly as it they were part of their bodies. You may think that there’s no difference with what happens in Europe or USA, but in China the smartphone is the device that it is really used for everything. And nothing better to illustrate this reality than this event itself which has given us a great example: all the press were coordinated (interviews, images and transcriptions) through a WeChat group. Much more agile than a 2.0 Press Room. 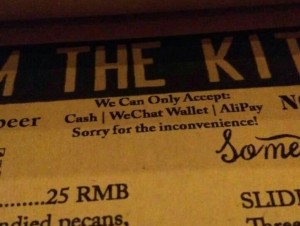 What it is clear is that when it comes to mobile innovation in China, for example, they do not focus just on mobile payments. They’ve gone a step forward: they pay their electricity bills with WeChat wallet, the dinner with AliPay and I read recently that China still maintained the highest percentage of bitcoins.

At this stage of their emerging revolution their main concerns are health, environment and education. So innovation shapes in two fields:

There are few companies that have seen the opportunity provided by China for innovation. One of them is, of course, Unilever. Unilever has realized that while they own the knowledge and access to the market, startups has the technology and they are not stopped by quarterly results, so they can innovate freely. Also, according to the Unilever’s Director at Digital & eCommerce Business Development in China, Andy Li, they are also reaching agreements with the Chinese government to boost investment in the country.

Another enterprise hitting the market is Peugeot, with whom we have spoken. They have decided that the best market to launch Car Easy Apps is the Chinese one. Mainly for two reasons: the new car buyer has an average of 35 years in China, while in Europe the average is over 50; and Chinese users are willing to the use of this kind of technologies in their daily life (not just within the social realm). 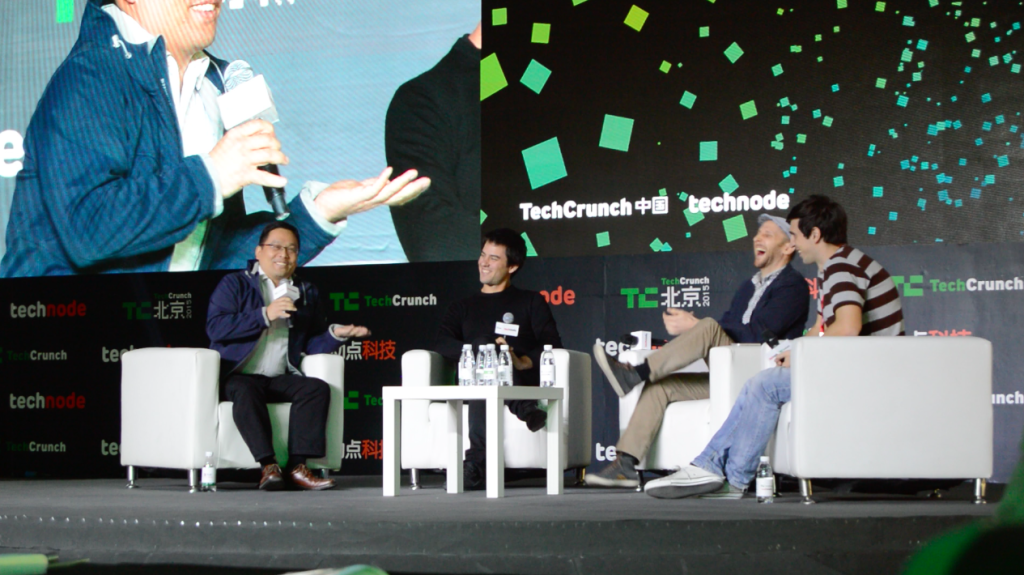 Be more opened to foreign talent. Not only thought of open to the global market, also see the possibilities that foreign talent can provide, mainly in innovation (Chinese entrepreneur is more pragmatic, as they say here).

Also, to embrace complex and mixed teams, both IT people (production and innovation) and management people (sales, marketing and business development). Foreign talent and a better education as the key factors on this challenge.

The last of the challenges, but not least, change the view of China as a copycat country. They need to transform its current weakness in its main strength, offering high quality products at competitive prices.