Everything you need to know about Internet of Things 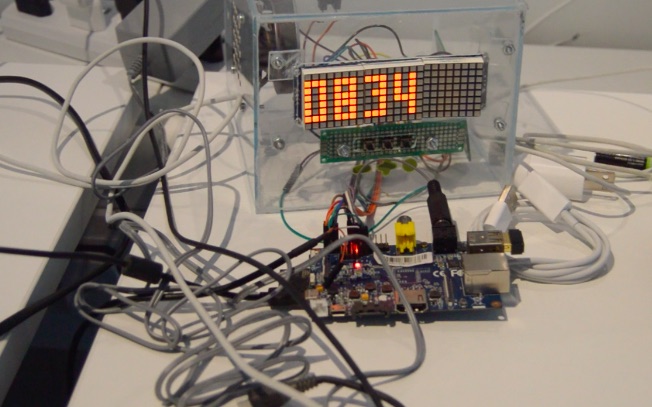 Prevention of heart attacks thanks to Internet of Things (IoT)? The end of the morning snoozze? A better hearing thanks to a external device? It’s been only a couple of months since we had the opportunity to speak with some of the teams in Brinc, the hardware startups accelerator based in Hong Kong what we had the chance to spend a couple of days . And were overwhelmed by the sheer variety of the things they do.

The ambition of the project was huge, and the enthusiasm of both the entrepreneurs and Bay McLaughing himself, cofounder of Brinc (we published an interview recently) overflowed us, so we decided to make a short documentary to show the projects and the challenges that a hardware startup faces. But first, some context.

Josh Steimle commented in his column in Forbes that when he arrived in Hong Kong in 2013 “there was a small handful of startups in the city”. Hong Kong is a small market compared with his neighbor China and the startup scene in those early years was characterized by being (almost) like a family.

Those years are over. The startup ecosystem in Hong Kong had grown 300% since 2009, as we can read in the study carried by Google and the Chinese University of Hong Kong (CUHK).

Although there are still some challenges to be overcome in the next years, the entrepreneurs we talked to in Hong Kong agreed that the greater support from the government in the last years, its proximity to Shenzhen as an important production center in China and its leadership as a financial center in the region have been key factors in the growth of mainly two areas: FinTech and IoT.

Why IoT is “the next big thing”

So we went to the Sheung Wan area to talk about Internet of Things, specifically to Brinc headquarters in the PMQ. Needless to say that this building is slowly becoming the epicenter of the Internet of Things in Hong Kong. Especially after the event LaunchIOT, held earlier this year.

In addition to chat with Bay McLaughing about the challenges of IoT startups and hardware, we also spent an amazing evening sharing projects with some of the startups that were in the Brinc Accelerator Programmee at November 2015. Ambitious projects that were in various stages.

Below these lines you can find our learnings from our immersive days in the world of the Internet of Things (IoT):

1.Internet of Things (IoT), more than a trend

A quick look at the Wikipedia shows us that “Internet of Things” is not a newly coined term, neither it is the new trend born this year. The term was first coined in 1999 by the British Kevin Ashton, however in 1982 some discussions about a network of smart devices started. If you want to know more about the history here you can read more.

Keeping an eye on the global trend of searches for the term Internet of Things (IoT) in Google Trends, we can see it is from 2009 when the term began to increase:

Although Korea is the country where there is more interest in searches, Hong Kong is in sixth position only surpassed by Taiwan, China, Singapore and India. The growing interest in this technology trend is not surprising, furthermore viewing some of the predictions that have been made in about it:

2. Exit the garage: IoT requires interactions in the “real world”

Everyone has heard about startups that are born in a garage … But these are stories of the early days of Silicon Valley. Nowadays it is difficult to succeed only by writing code in the garage/basement/room in your parents’ house, so imagine how harder it is for IoT or hardware startup when you not only have to code, but to enter to the real business sphere, too.

Besides everything that involves developing a software application, an IoT startup must add on time for factories and distributors, as well as all the stages involved in product development: industrial design, electrical engineering, mechanical design, audio … and, of course, product validation.

As we commented with Bay McLaughing, jumping into the hardware world is difficult, but not impossible. It is not a path to walk alone, having the right partners will make easier the way, and what is more important, it lets you reach an optimal time to market. We do not know if it was their inspiring words or the immersion of these days in the world of IoT, but both of us just want to create our IoT startup… for example, of smart insoles.

3. The importance of product validation

When we read or talk about startups it is often used the term “pivot”. If you play or played basketball, the term will be familiar to you. In business terms, a company “pivots” when reaches a certain point where there is a need to make changes more or less deep in its business model using the lessons learned so far. However, it is not so easy, so quick, and so lean for all startups to pivot at any time. The mix of software and hardware of an IoT startup makes difficult to pivote, especially if you have your prototype in factories or/and only a few months before starting with the distribution.

We found quite interesting the way Kello is validating the features of the product. One technique they are using is conducting a/b test on Facebook to validate the interest generated by different characteristics. The idea is to finetune the product to make sure it matches the user needs before launchng a crowdfunding phase. Keep in mind that when they talk about the product, they talk also about: exterior design, materials and colors, features included…

And this is more important when trying to prevent heart attacks. This is the case of Heartisans. Before deciding whether to be B2B or B2C or whether they manufacture their own wearable or not, they have to validate their prediction algorithm that could save thousands of lives by detecting a potential heart attackt before it occurs.

The mix of software and hardware makes difficult to pivot, but in this case we must add the combination of clinical validation studies and field tests. That complicates or, as they say, makes it more interesting, the development of their idea.

In both cases, the only option is being 100% sure about the validation of the product. Once moved to the next stage, there is no turning back. In the best case, change something of the core idea will mean months of delay and at worst (almost) start over again (and burning capital).

4. The reality behind Crowdfunding

We must erase the idea from our brains that crowdfunding campaigns are captured with just a phone camera in the basement of our parents and by a couple of friends who search for support to their idea and, as a consecuence of that home-video they get millions of dollars in funding. The years when this used to work are already gone (withsome exceptions). It’s not just ”Do it yourself” anymore.

And when we asked about the cons of a crowdfunding campaign, he had a clear answer. The worst of not achieving the goal through crowdfunding is that your failure public. This is something that complicates finding other sources of funding after the campaign.

In case of success the benefits are pretty obvious to Florian: both the feedback received from users (before production, so it still can be incorporated into the final product) and for negotiating with potential investors and suppliers, because you show there is a market for your product.

5. Internet of Things in Business Clef

Maybe one of the sectors with a greater potential for IoT technologies is health (eHealth). Both Heartissans and Aumeo Audio were advised by health experts in validating their ideas, since in these cases is not only technology that must be taken into account. But it also has a big challenge: the policy and compliance with regards to, for instance, privacy and hacking of patients using these technologies.

In addition to the health sector, which is perhaps the most susceptible sector to be transformed by these technologies, many other applications and industries will be touch by the IoT in the coming years:

These are some examples. Consolidated and perhaps less digital businesses could find, in the application of these technologies, benefits as cost reduction, better performance or new product offerings.