[Contribute!] How Dreamlopments is creating a low-cost health insurance for migrants in Thailand 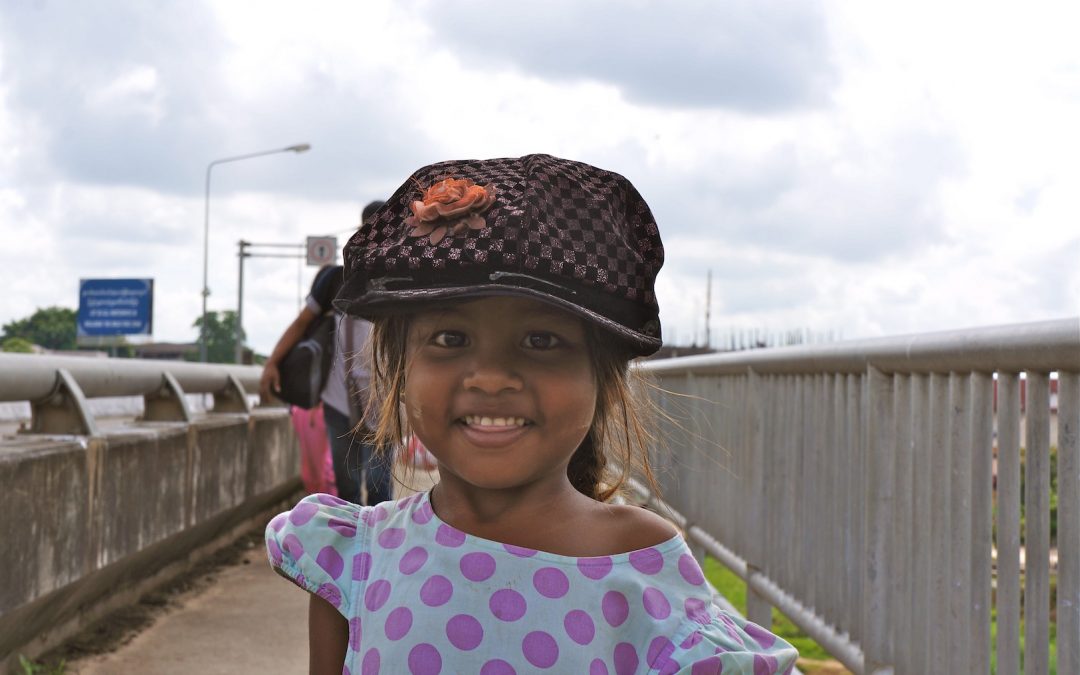 We are not (as a couple) especially selfish. But we rarely contribute to any campaign or NGO.

Speaking for myself, I tend to help (not a lot) people randomly, in a non-organized way and when I have some spare money at hand. Sometimes we don’t pay attention to how lucky we are. Yes, we haven’t gone to an Ivy League University, or have an expensive MBA in a top international management school. Our parents may not be rich, but there is something we always had: more than enough food, public education and a (more or less decent) social security system that allowed us to never really worry about not being able to pay for a health treatment.

Unfortunately, this is not the norm. There are millions of people who have to worry about their health. Of course, we all do, but for some people to get some severe flu can be the beginning of the end. For me is a week off, spending a lot of time in bed and drinking a lot of water. Having the meds that the doctor recommends me (maybe after visiting me at home) and watching tv. For other people can mean 0 income, not treatment at all and a huge deal. We all know this, but almost all of us do nothing to correct it.

When I met Nicolas Durier, founder of Dreamlopments, I felt some revelation. There are good people out there designing services with not so lucky people in mind. We met in the Entrepreneur Now Awards where none of us got an official prize but made a lot of meaningful connections.

I know some of you are very impatient, so if you want to go to the point:

Before starting I would like you to seriously consider the idea of contributing to his campaign. I think this is the first time we ask for money for one of the projects we highlight and that we ask explicitly to share one of our post.

Contribute to the Crowdfunding Campaign

I trained as a medical doctor in France. As soon as I got my medical degree (2001), I joined Médecins sans Frontières (Doctors without Borders) and was sent to Thailand to work on a large HIV treatment program. I worked for MSF for a total of 7 years, in Thailand, Malawi, and China. After that, I worked for about eight years for other non-profit organisations (FHI, PATH, amfAR), in infectious diseases research programs in the Asia region.

[2g1c] What is Dreamlopments and why did you start it?

Dreamlopments is a social enterprise registered in Thailand since 2015, a nonprofit, mission-driven company working on aid and development, with a focus on the needs of most vulnerable communities.

Our mission is to implement high-impact truly sustainable development programs, with no dependence on (and vulnerability to) long-term assistance. We strongly believe in the possibility to leverage the strengths and participation of those we want to help, to create such long-lasting development programs.

I created Dreamlopments mainly to formally carry forward the project of low-cost health insurance for migrants that I had been slowly preparing for my free time, in parallel to my last job as Director of Research of the amfAR TREAT Asia program. At this point in my career, time was also ripe for me I guess to create my own organization, and I very strongly believed in the concept of social business, a company working to implement innovative sustainable development projects, with no profit motivations.

[2g1c] Why Thailand and why an insurance for migrant workers?

I have been living and working in Thailand now for over ten years. During my time with the TREAT Asia program, I also did some consulting and evaluated, in particular, a program of health care for migrants living along the Thai-Myanmar border, run by an NGO, and funded by international donors.

Among other aspects, I had to discuss the concept of sustainability of these services. Back then (about 5 years ago), there was already evidence that international donor support in Thailand had started to decrease, and could completely stop at some point. These programs at the border are rare, and do not cover all services needed by migrants. In most parts of the countries, access to healthcare for this population is limited. In 2000, the Thai government introduced a health insurance for migrants, but uptake has always been very low (only 34% of the estimated migrant population in 2016 was covered). Unregistered migrants, who represent 2/3 of the 3.5 million migrants in the country, are not eligible or face numerous barriers to enrollment.

In 2014-15, we decided to conduct research among migrants on this issue. We identified key barriers to uptake of the government scheme: most migrants along the Thai-Myanmar border are paid on a daily basis (average around 180 Thai Bahts per day, or about 5 US$). The government insurance must be purchased upfront for two years, at the cost of 3200 THB (around 100 US$). Migrants enrolled can receive care in only one designated hospital, which limits the attractiveness of the scheme, in this mobile population.

We discussed with migrants the characteristics of an alternative health insurance concept which we had started to imagine, and found major interest for it. Migrants said they wanted insurance that can be paid every month, that gives them access to different health facilities on both sides of the border. They wanted to contribute 100 THB (2,8$) per month per person, and 95% of them said they would enrol in this scheme if it existed. 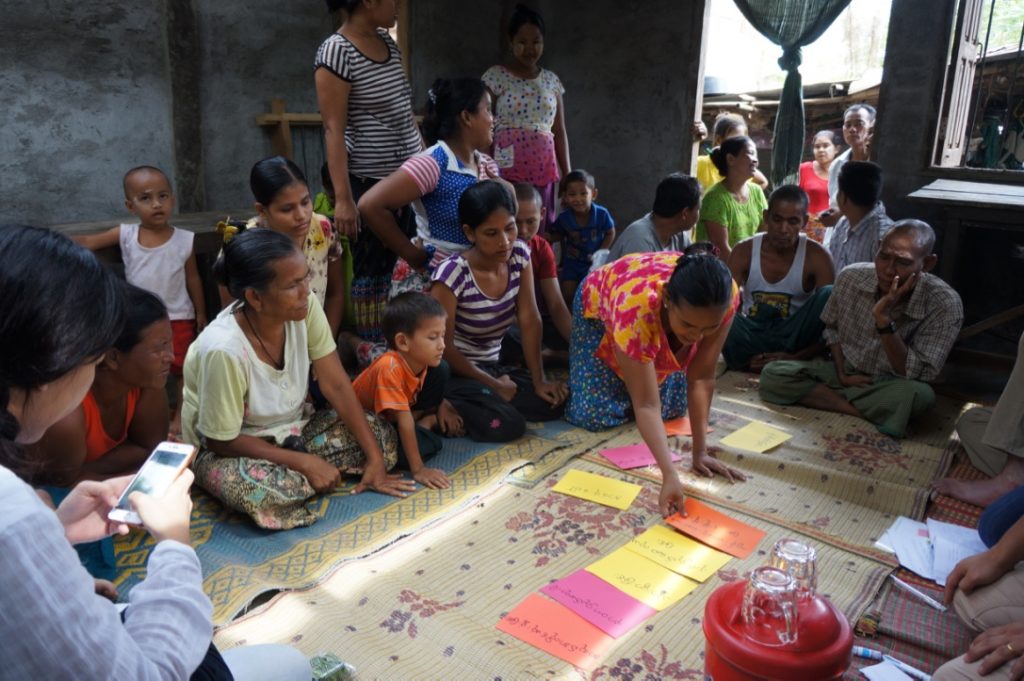 We decided to conduct in 2016 a complete feasibility assessment of setting up a program like this. We have now finished this work and actually the phase of design of this project. We trust we can run a solid, innovative model of health protection for this population and are preparing to start this project – The Migrant Fund (M-FUND) – around August/September 2017.

[2g1c] Can you tell us something about the team behind Dreamlopments? 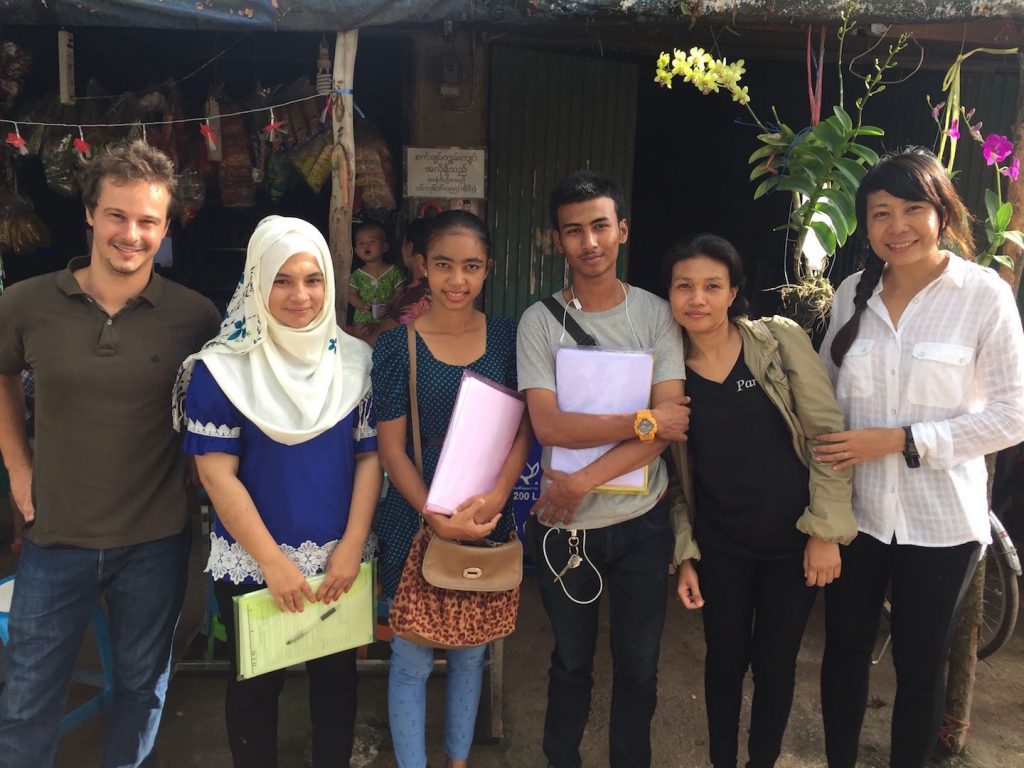 Part of the Dreamlopments team in Mae Sot during survey

Besides Nicolas, the “executive” team conducting activities on the ground has so far included a total of 8 people, at the peak of our work during the feasibility assessment in 2016. All will be working in the project implementation when it starts later in 2017.

The team includes (some members are shown from left to right in the attached picture):

[2g1c] How do you plan to cover the expenses of medical insurance with 100 THB per month? 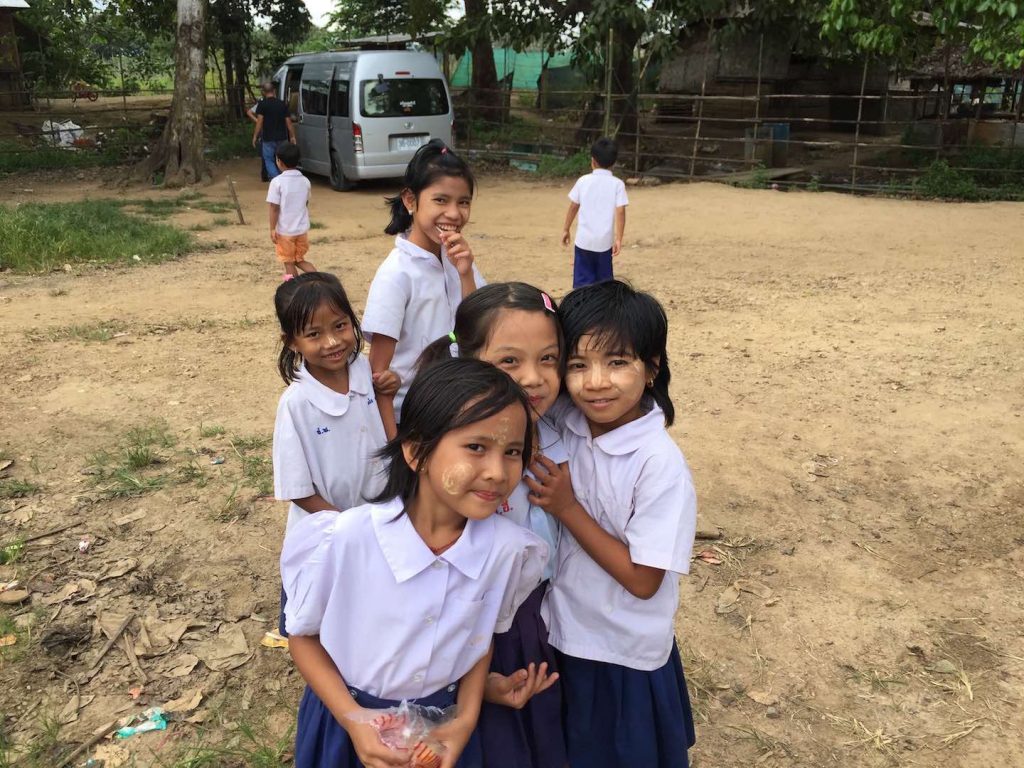 One of the many important components of the feasibility assessment was the financial feasibility/viability of running a scheme with a low premium.

We raised funding and hired an international expert in micro-insurance. We studied costs of services in different health facilities, the expected occurrence of different health events. We ran numerous models and scenarios. We conducted a new major quantitative survey, and ran focus group discussions with migrants, along the Thai-Myanmar border (on both sides of the border). We refined understanding of the needs and discussed scenarios with migrants. We have now solid evidence to support that a premium of 100 THB per person per month is what is suitable for this population. We will cover with this a pretty comprehensive range of health care services, and our model predicts that we can reach near complete financial sustainability of covering health care needs and managing the program if we enroll into the scheme a total of 50,000 people by the end of the third year of operations.

Before reaching that, we will need start-up funding to put the project in place, and reach scale.

We are working on this!

[2g1c] You are currently involved in a CrowdFunding campaign through YouCaring. What can you tell us about the experience? How are you going to manage the funds (if lucky)? And what are your plans in case you don’t reach the 50K goal?

We will pursue these four avenues of fundraising, to reach our funding goal. Our crowdfunding campaign has picked up slowly and would need a continued boost.

Anyone interested can view our campaign, and the video of the presentation of the project, through this link:

With this diversified approach, we are confident that we will have sufficient resources to start the project by August-September 2017, and we will continue fundraising efforts as we implement the project and gain further credibility with demonstrated success and impact.

[2g1c] How do you see the future of Dreamlopments? Do you envision a future expanding the concept to other countries or adding more services in Thailand?

ND: We see the development of the M-FUND project in 3 phases: 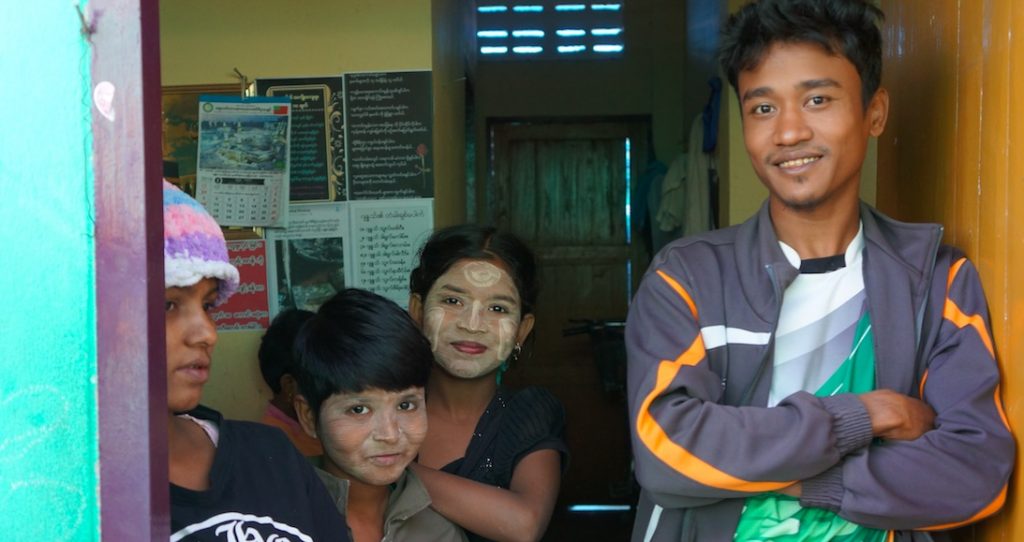 ND: Our readers can help us in different ways:

Through contributing a donation to our fundraising campaign.

Through following us on social media, and inviting others to follow us:

You can also visit our website, to learn more about our mission, our team, subscribe to our newsletter, and more: www.dreamlopments.com

We are also working on another project which is featured on our website, a project of treatment and elimination of hepatitis C for people who inject drugs in Thailand.

This project is built around a different approach, a clinical treatment access study. It is to be funded differently but also addresses a pressing need for a marginalised population. We are in the last phase of preparation of the project and anticipate it will start in the coming months as well.

Please follow us to stay abreast of the different developments and progress.

Support M-FUND
If you liked the project we encourage you to support it. We did with 50$, and hopefully you can join us!

Contribute to the Crowdfunding Campaign